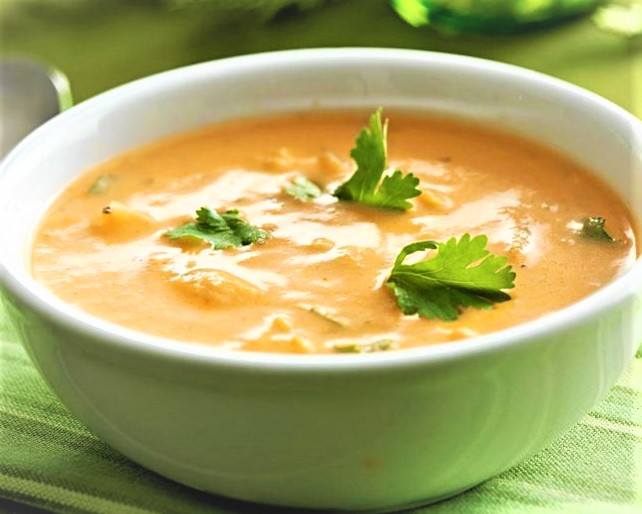 Combine the onion, scallion whites, poblano peppers, 3/4 cup of corn and olive oil in a large pot over medium heat. Season with a pinch of salt and pepper and cook, stir occasionally until the vegetables are tender but not browned (5-7 min). Add the tortillas and coriander and cook, stirring, until combined. Add the chicken broth and tomatoes and bring to a boil. Season the chicken with salt and add to the pot. Reduce the heat to medium and simmer until the chicken is cooked through. Remove the pot from the heat and remove chicken – set aside – shred after cool.
Carefully transfer the soup into a blender drizzle with Baklouti Olive Oil and blend until smooth. Clean pot and return the soup – add salt and pepper if needed. Re-incorporate shredded chicken to the soup, and add the remainder of the corn. Serve soup warm and top with sour cream and scallion greens.