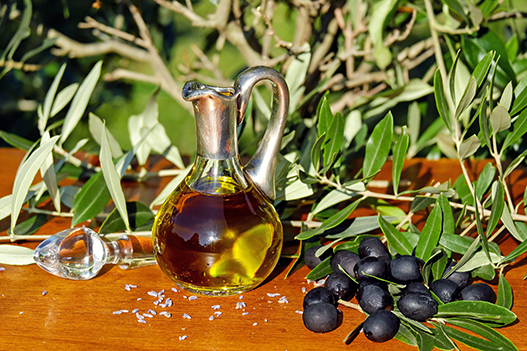 How to Tell if Your Olive Oil is Fake

Considered the healthiest fat in the world, extra virgin olive oil (EVOO) has won over the hearts of millions of Americans across the nation. Loved for its exquisite flavor that can add a touch of excitement to thousands of dishes, EVOO also offers a range of health benefits thanks to the rich composition of omega-3’s, antioxidants, and polyphenols. In fact, extra virgin olive oil is one of the few foods that has been approved by the FDA to advertise specific health claims on the label – the same scrutinizing process that new medications have to go through!

All of that being said, unfortunately, due to the worldwide popularity of EVOO, it also happens to be one of the most counterfeited and adulterated foods in history. A study by the UC Davis Olive Center actually found that as much as 69% of all imported extra virgin olive oils fail to meet the internationally accepted standards. Countries all over the world are making these discoveries, including a fraud ring that Italian authorities discovered in December of 2015 that sold 7,000 tons of falsely labeled EVOO that was worth tens of millions.

To help make sure you don’t fall victim to fake EVOO, we’ve created this simple guide that helps you distinguish between fakes and the real thing.

Counterfeiting can occur at any point along the production track particularly because olive oil that’s extracted in one country is oftentimes shipped to another and blended with oils from various origins before being bottled. Though there are multiple ways the EVOO can be adulterated, there are two primary methods that get used.

In the worst case scenario, extra virgin olive oil gets blended with other, cheaper oils such as soybean and seed oil to increase the yield prior to bottling. Not only does this greatly diminish the beneficial properties present in EVOO, but it also changes the taste.

The more common practice that counterfeiting brands use is blending EVOO with other olive oil that’s been sitting around for a prolonged period of time. In some cases, this oil can more than a year old and long past the consumption date, once again ruining the flavor and health benefits.

1. Look for Relevant Information on the Label
Looking past the labeled origin of olive oil (which can also be fake), there are multiple pieces of information to look out for that can help tell you whether or not the EVOO is real or fake. As any true EVOO producer knows, one of the most important factors is the harvest date since that ultimately tells consumers whether or not the oil is fresh or bad.

When brands fail to list this on the label, there is no true way of telling when the olive oil was harvested, increasing the chances that you’re getting an adulterated or rancid product. It’s also good to look for an estate or mill name on the label. Because most counterfeiting brands omit this information, it’s safe to say only high quality producers will tend to do it.

2. Only Buy “Extra Virgin” Olive Oil
When looking at olive oil in supermarkets, there’s no shortage of different brands and types for consumers to choose from. Some of these include terms like “light” and “pure”, or maybe even just “olive oil”, all of which have been excessively processed and potentially adulterated. Unless you’re specifically buying “extra virgin”, it’s almost guaranteed that you’re getting a lesser quality product.

This means you will get little to no health benefits from the oil itself, whereas with extra virgin olive oil that comes from the first press, as long as it’s authentic and fresh, you’ll enjoy a plethora of beneficial properties, and, of course, better flavor. This is a quick way to immediately narrow down a large portion of the options you have, so make sure you only stick to extra virgin.

3. Look For Certification Seals
Here, we’re not talking about the made up labels that many brands will put on their own olive oils to make them look more authentic, we’re talking about seals of certification from a reputable third party. By far, the two most reputable seals to look out for, serving as very good signs that the EVOO is authentic and real, are from the European Union’s Protected Designation of Origin (PDO) and the California Olive Oil Council. Both of these organizations have incredibly strict requirements and testing that must be fulfilled before a brand can bear their seals, adding an extra level of protection for consumers.

4. Pay Attention to Packaging
Label aside, extra virgin olive oil is also susceptible to UV radiation and degradation when exposed to sunlight. While many brands will use clear glass or plastic to bottle their EVOO so that consumers can see the color as a way to convey quality, neither are actually the best choice. Since olive oil is prone to UV radiation, higher end producers will bottle their oil with darker colored glass such as brown or green to help preserve the oil. That’s not to say that there aren’t true EVOO’s that are bottled in clear glass (we actually carry a few ourselves!), but they must be properly stored and cared for.

5. Put Your EVOO in the Refrigerator
While this isn’t a fool-proof test by any means, extra virgin olive oil contains mostly monounsaturated fats which should thicken when exposed to colder temperatures. After a short while in the fridge, if you have true extra virgin olive oil, you should notice that the liquid has become more viscous and even a bit cloudy. When EVOO has been cut with lesser quality oils, it reduces the monounsaturated fat concentration which can result in olive oil that remains fully liquid when exposed to cooler temperatures. If your olive oil doesn’t thicken at all, that’s a pretty good sign that it’s a fake.