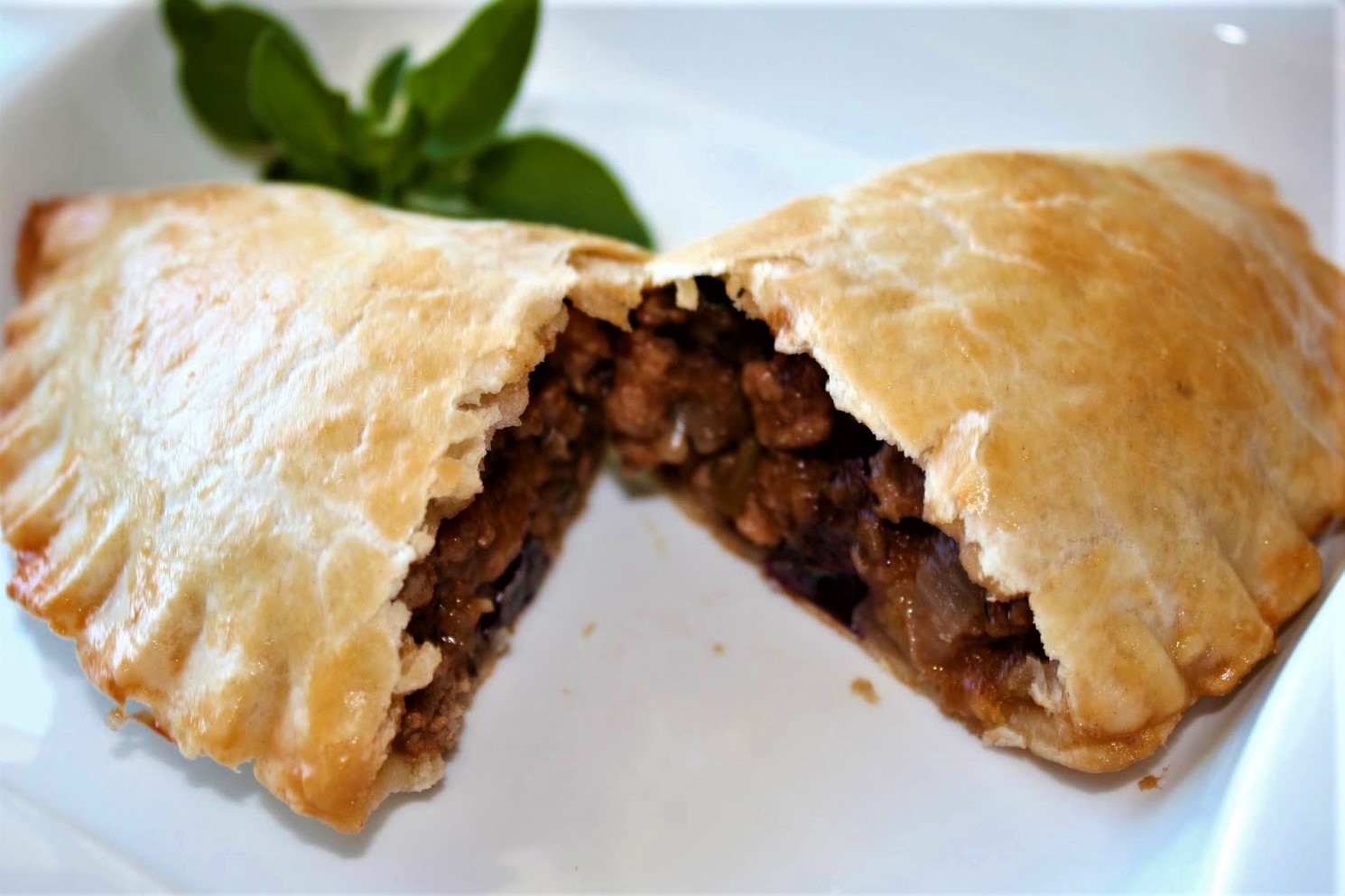 Add the mixture to a bowl, season with salt and pepper to taste and set aside to cool. Once the mixture is warm, add the beaten egg, cheese, and bread crumbs – stirring to combine. Set aside and proceed with making the empanada dough

Combine the flour and salt in a mixing bowl. Slowly drizzle in the olive oil, mixing with a fork to form a crumbly mixture with pea sized lumps of flour.
Slowly drizzle in the ice cold water, mixing as it’s poured. Dump the mixture on to a large sheet of parchment paper, and with floured hands, begin to form the dough in to a large flat disk. Knead gently, incorporating any loose scraps. Place another sheet of parchment paper on top of the disk and roll the dough out to 1/8″ thick.

Cut out circles approximately 4″ in diameter from the dough. Place a heaping tablespoon of filling on one side of each circle, being careful not to allow the filling to touch the edges of the dough. Moisten one edge of each side using beaten egg, and fold the other side of the dough over the filling to create a half moon shape. Firmly press down on the edges of dough to seal. Use a fluted pastry wheel or sharp knife to cut excess dough from the edges. You can also crimp the edges with the tines of a fork Line a baking sheet with parchment paper and place the empanadas on the sheet with a small amount of space between. Brush with beaten egg and bake for 20 minutes until golden brown. Serve warm, or at room temperature. You can also wrap them in paper and freeze for later!