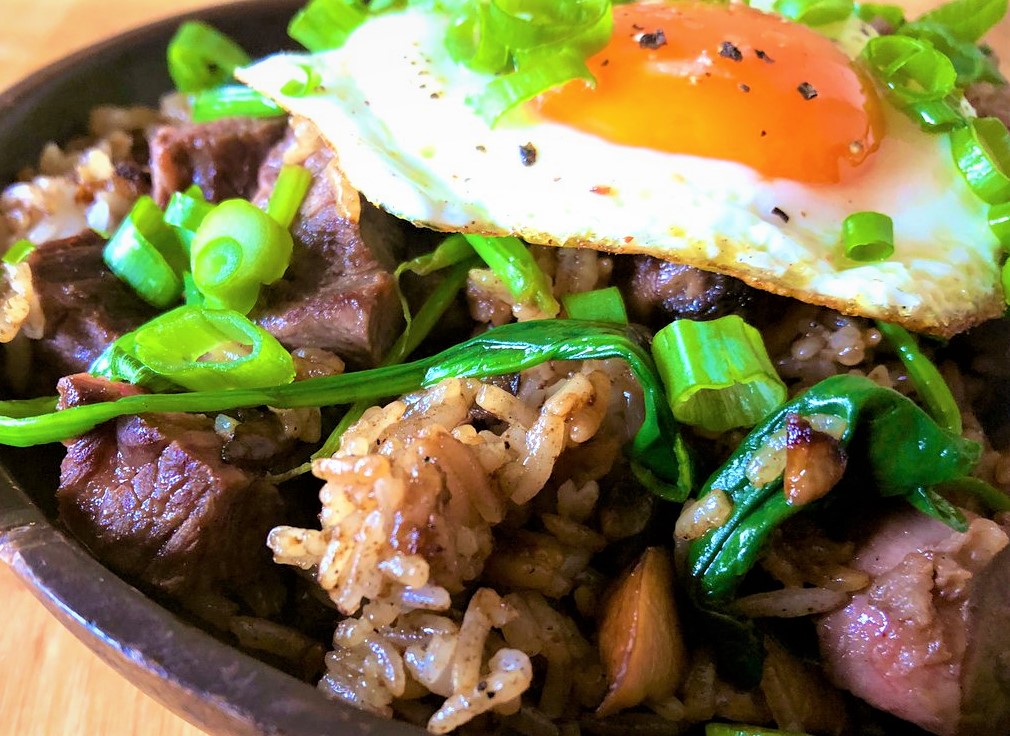 Preheat a large skillet over high heat, add the steak and marinade and season lightly with salt and pepper. Cook until steak starts browning around the edges and cooked through. Remove to a bowl.

Heat 2 teaspoons of EVOO in a skillet, add cooked rice, season with 1/2 teaspoon salt and fry, stirring occasionally, until slightly crispy, about 3 minutes. Stir in spinach until just wilted. Add the steak and any juices from the bowl; heat through. Remove from the heat and stir in the bean sprouts; season with salt and pepper – divide among bowls.

Wipe down the skillet and return it to high heat, add 2 teaspoons of EVOO. Crack in the eggs, season with salt and cook until the whites are set but the yolk is still runny – about 3 min. Top rice bowl with egg and scallion greens. (Optional – drizzle with Sriracha for a kick).