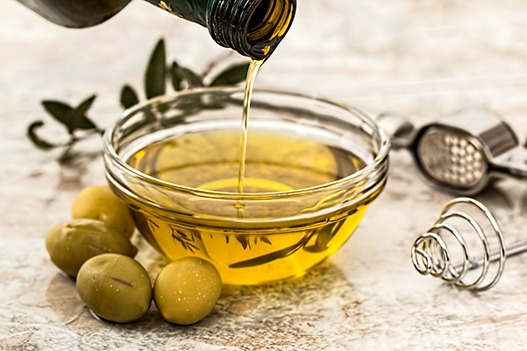 The Truth About Cooking With Olive Oil

Cooking oil has been around for thousands of years, tracing all the way back to when man first discovered fire. Whether used as a simple salad dressing or for adding some crunchy goodness to your favorite cuisines, cooking oil has become a kitchen staple. Now, as great as oils are for adding some culinary diversity to your diet, if you’re not using the right kind, you can actually end up doing your body more harm than good.

Without knowing why certain oils are better for you than others, a simple trip to the grocery store can quickly become a scavenger hunt for the product that provides you with the best value. In this article, we’re going to explore in-depth the many health benefits of cooking with olive oil as opposed to other popular alternatives such as canola and soybean oil.

Dangers of Cooking With the Wrong Oil

Though many cooking oils can appear to look the same, the important differentiator is their fat content. While we will go more into detail in the next section, the types of fat molecules that an oil consists of will ultimately affect its stability and heat resistance. This is why different oils start to smoke at different temperatures, also known as their smoke point.

When fats and oils are exposed to heat, their molecular structure can actually become damaged and lead to the creation of harmful compounds like aldehydes and lipid peroxides, both of which have been linked to cancer development. This is most commonly observed in vegetable oils like canola and soybean due to their high concentration of polyunsaturated fats.

Furthermore, when oils high in polyunsaturated fat become heated to their smoke point, the fats begin to breakdown and vaporize, creating harmful fumes that have been shown to contribute to the development of lung cancer.

Understanding the Different Types of Fat

Saturated, monounsaturated, and polyunsaturated are the three types of fat that can be found in cooking oils. Depending on the kind of cooking oil you buy, the concentrations of each will vary. The important differentiator between the three is the existence of double bonds which are susceptible to heat, serving as the precursors to many of the carcinogenic compounds formed during the cooking process.

Why Olive Oil is the Best to Cook With

To further support this claim, a study was conducted with various cooking oils to observe the level of oxidation each undergoes when exposed to deep frying temperatures. After 24 hours, of all the oils tested, extra virgin olive oil was found to resist oxidation the most, surprisingly retaining the majority of its beneficial properties.

While extra virgin olive oil is the best of the cooking oils, its health benefits can vary depending on the cooking method you use.

Surprisingly, deep frying is the method of cooking that allows olive oil to retain the highest levels of bioactive compounds and beneficial properties, even after multiple rounds of use. Generally, you want to keep fried foods to a minimum, but if you’re going to indulge, olive oil is the way to go. Thanks to the abundance of antioxidants in olive oil, it’s been found that deep fried foods actually become enriched with the oil’s phenols.

Pan frying is by far one of the most popular cooking methods in which oils are used. Though the olive oil does not retain as many of its beneficial properties as it would if used for deep frying (likely due to an oxygen rich atmosphere), it still is shown to degrade the slowest of all the oils and enrich cooked foods with antioxidants.

Roasting is another popular cooking method in which oil can be used to help give food a deliciously crisp crust. Of the oils you can cook with, once again, extra virgin olive oil has been found to resist oxidation the best due to its tocopherol concentration.

Hopefully, by now, you should be a cooking oil expert! Whether you’ve been using olive oil for years or you’re finally deciding to make the switch, it’s never too late to begin reaping the numerous health benefits this powerful natural product has to offer.

At D’Olivo, we understand the numerous health benefits of olive oil, which is why we’re so passionate about spreading its holistic (and delicious) properties to as many people as we can. If you haven’t already, take a look at our selection of ultra premium extra virgin olive oils and begin cooking the healthy way!